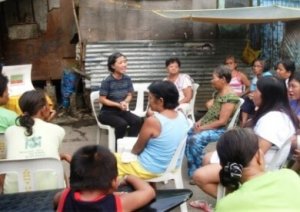 The Episcopal Church in the Philippines

Increased access to information and services on HIV/AIDS prevention, control and treatment among the three urban poor barangays in Cebu City.

An example of our work was shown when trained community health workers and talked with residents vulnerable to HIV infection. They had voluntary counseling, and we referred them to government centers for testing.  A total of 85 residents were referred. Two are HIV positive. The two persons were referred to the Cebu Plus Association, a support group for HIV positive persons. They are now undergoing HIV treatment.
We have also achieved:

We have raised awareness through: