We stand in solidarity with all taking part in the climate strike today. The numbers are extraordinary. And we echo the words of the Archbishop of Canterbury Justin Welby who earlier today tweeted, “It’s inspiring to see young people so passionate about protecting God’s creation and calling our attention to the #ClimateEmergency. Thank you for showing us where our priorities should be.” We are inspired by, and grateful to, Greta Thunberg, the now 16 year old, who initiated this prophetic movement.

Here we share some perspectives on the climate emergency from across the world, provided by the Anglican Alliance’s regional facilitators. The first comes Tagolyn Kabekabe in the Pacific. Following on are views from the Middle East, Africa and South America.

A view from the Pacific – Tagolyn Kabekabe, Anglican Alliance facilitator for the Pacific

The Pacific is one of the regions of the world bearing the brunt of climate change – seen, among other ways, in rising sea levels, the salination of soil and more violent weather patterns. Here, Tagolyn describes the current unpredictable rain pattern her home country of the Solomon Islands is experiencing.

“Since the beginning of this month there has been continuous rainfall again that has resulted in loss of lives and properties in two provinces within the country. In my own home town Gizo, in the Western Province of the Solomon Islands, it rained non-stop for almost two weeks (a record in the history of the town) resulting in landslides and soil erosion. The landslide buried state correctional properties resulting in the death of a woman who was buried alive. Her daughter, who was rescued in time, was hospitalized along with her father and brothers. In Malaita in the same week, a young woman drowned in the river swollen by heavy flooding due to continuous rain. These unpredictable rainfalls started early this year and continue in the country”.

From the Pacific Region, where countries contribute least to climate change and yet suffer the most, we demand the following;

Remember: there is NO Planet B; we either act now or swim later!

The Solomon Islands Climate Action Network has today held a programme of events to acknowledge the climate crisis both in the country and across the world, and “to urge the Solomon Islands Government to advocate for our peoples, cultures and livelihoods at the upcoming United Nations General Assembly Climate Summit”.

A climate change prayer from the Pacific

Lord, tiny as we are in our islands in this vast ocean, we praise and honour you for the beauty of your creation including us, sinners.

We ask your forgiveness for the many ways that we have failed to maintain and sustain your world, our beautiful home.

We pray and ask that you give us new vision, hearts, minds, hands & feet that proactively seek to safeguard your creation, our home.

Lord God, remove the greed from our hearts that destroys your creation and put in us pure and abiding hearts that love and care for others and your wonderful world. Amen 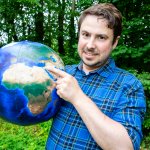 If we don’t halt or reverse climate change, we are going to see climate displacement in numbers exceeding those displaced by current conflicts, and water and food conflict will increase in a region already politically volatile.

In Jordan, a week of activities is underway for the Global Climate Strike Week, organised by Jadal for Knowledge and Culture. “Together we will carry out strikes and events to draw attention to the climate crisis and will call for the end of fossils fuel and for the prevention of the sixth extinction”. The events include a ‘Prayerformance for Mother Earth’, a photo exhibition and talks as well as the strike on Sunday. (see here)

Jadal for Knowledge and Culture write, “Most of life forms on Earth, including the next generation, are facing a ghost that brings on almost certain disasters, amid horrific denial and ignorance. Seeing the failure of policy makers globally and regionally to take responsibility and respond to the climate crisis, we protest and object a world turned upside down and an economic system based on the exploitation of the planet’s natural resources and the human for the sake of profit, and a way of life that goes against the laws of nature”. 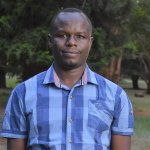 The African Climate Alliance in South Africa has organized a climate strike in Cape Town outside parliament on Friday 20th September. 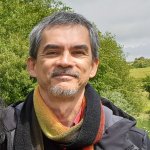 Climate change is provoking extreme dry season in some regions, affecting the capacity of people to endure heat and cold, shrinking ecosystems completely, and creating a shortage of water in many parts of the country, including the Amazon. The instability of the weather lately is also affecting the production of food, leading to poverty and scarcity.

Yes, in at least 15 capitals there will be movements and many churches are involved.

The Anglican Alliance connects, equips and inspires the worldwide Anglican family to work for a world free of poverty and injustice and to safeguard creation. Climate change is a major factor driving poverty and migration, as well as having severe detrimental impacts on the environment. The Anglican Alliance provides a convening platform for Anglican churches and agencies to work together in the aftermath of disasters, many of which are climate related. Helping build resilience to disasters and building partnerships for response and resilience is an increasingly important part of our work. See here. Please also see our prayer and worship section and our Season of Creation post. Our report of the Lambeth roundtable on climate change and migration is a rich source of stories and information.