Churches across the Anglican Communion are mobilising their resources to build links with their local communities and work together on ground-breaking development initiatives.

Church-Community Mobilisation (CCM), also known as Umoja (meaning ‘Together’) and Awaken, is highlighting the frontline work of the Church around the world as it takes initiative in grassroots development. Anglicans and many other denominations are involved.

The Anglican Alliance is looking to highlight the work of the local church by telling the stories of those involved in community development and sharing the excellent learning that is taking place through these programmes.

Within Africa learning from the CCM approach has already been shared across dioceses and provinces. Back in 2010, Tearfund and CAPA (Council of Anglican Provinces in Africa) hosted a workshop in Kenya bringing together five Anglican provinces to learn from the local example of Church-Community Mobilisation. Since then, the approach has spread through many African provinces.

This approach is supported by a number of Anglican agencies, including the Mothers’ Union, Us (formerly USPG), Episcopal Relief and Development and others. The Christian agency, Tearfund, is a core champion of the approach and partners with several Anglican provinces around the Communion. It is closely also closely allied to the Samaritan’s Strategy of CMS Africa.  These organisations work together with the Provinces to share learning and coordinate joint opportunities, for example in the training of local Umoja/CCM facilitators and the envisioning of church leaders.

Revd Fedis Nyagah has been serving since 2012 as the Umoja Coordinator for Anglican churches in Africa, and is based at the Council of Anglican Provinces of Africa (CAPA) office.  Anglican Alliance Facilitator for Africa, June Nderitu, is working closely with Fedis to enable the sharing of best practice from the Umoja programmes across Africa and the Anglican Communion. 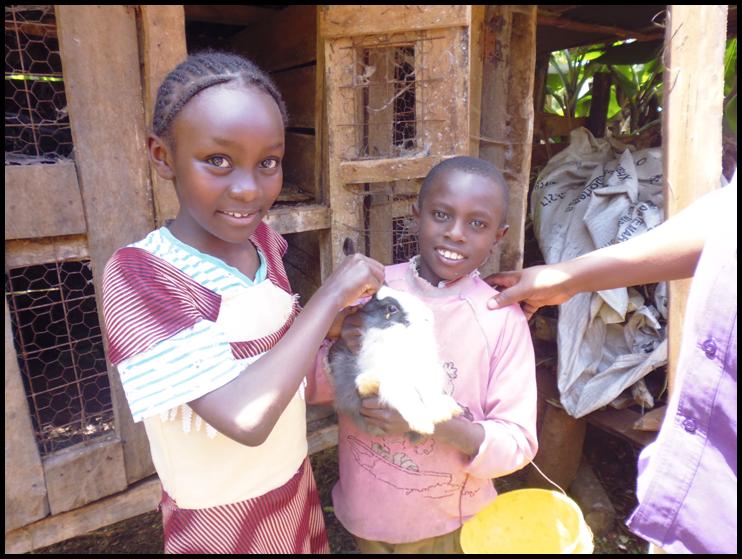 In March this year, six Bishops from Madagascar visited a church-community project in Meru Diocese, Kenya, to learn more about the process.  Following the visit, June Nderitu wrote a report to highlight the ground-breaking achievements of the church and the transformation in community relationships and grassroots development.  The full report is at the bottom of this article.

The approach is also spreading to churches in other continents. It is being piloted in Georgetown, Guyana, by the Mothers’ Union, under the name of ‘Awaken’.  The Alliance’s Latin America and Caribbean Regional Facilitator, Paulo Ueti, and the Learning and Communication Manager, Christina Manning, are visiting this programme next week to learn more about church-community mobilisation in a Guyanese context.

Meanwhile in Bangladesh, Michael Roy, Alliance Facilitator for Asia, has also shared news on the Umoja concept, which has been introduced there by Tearfund and Us. The Church of Bangladesh has named the programme “Swarupantor”, which means “self-transformation”. Swarupantor has been introduced to bring integrity to the church’s mission to work with the Anglican Communion towards a unified goal – responding to human need by loving service.

One church leader at Babuldang Parish, Rajshahi Deanery, said, “Swarupantor is giving us the learning we need to commit to each other and work together in the name of Jesus.”

Initially the programme has been introduced to six Parishes within three Deaneries.  A total of 400 church members have been involved in the pilot and it is expected that other Parishes will share in that learning.

The programme has already brought significant change to the community and to church leaders.  Church-community relationships have improved remarkably, and innovative development projects are starting to take place.

Tree planting, environmental conservation and family visits to the sick and elderly are just some of the group’s initiatives with their local communities. Within the Church, contextual Bible studies and theological discussions are maintained to ensure that social and spiritual change is based on Christian values.

John Torun Mondal is the trainer for the programme in Bangladesh.  He is excited about the response of the community and believes that Swarupantor is the process through which the needs of the people and present challenges such as climate change can be addressed with confidence and hope.

Revd Shourabh Pholia is coordinating the programme.  He said, “This will bring momentum in the relationships between our church and the community.”

And Bishop Paul Sarker, Moderator of the Church of Bangladesh, said that Swarupantor would inspire the congregation to further connect with the church and its outreach.

Top: A group of women from a local Bangladeshi church take part in the Swarupantor process.
Right: Children participate in an Umoja food project breeding rabbits in Kenya

A report on Umoja in Kenya:

Six bishops from Madagascar visited members of St. Pauls Church, Gichure on 26th March 2014. This congregation with a current membership of about 100 members was represented by a smaller group of about 15 people  led by Rev. Weston Gitari (Vicar), Anceta Karia (Peoples’ Warden), Anne Muthoni (MU Chairlady) and James Gitari.

The congregation was started in 1985 with about 30 members. They began the Umoja/Church and Community Mobilisation process in 2002 when they embarked on a series of Bible Studies. They were especially struck by the parable on Christians being the Salt and Light of the earth which means they have to be a source of positive influence in the society.

The members reminisced on how they used to perceive the poverty in the community. The bible studies opened their eyes on where to start. For example in the bible study of Jesus feeding the 5000 people, they reflected on the resources used (fish and bread) which were locally available. In the same way, the church members started to identify and focus on their local resources. As a result of the bible studies, they changed the way they viewed themselves and stopped referring to themselves as poor.

One of the most important resources they identified was the abundant fertile land which is capable of producing all the food they need. They had in the past spent a lot of money buying commodities like bread and rice to feed themselves and their visitors but they started placing higher value on locally grown food items like cassava, arrow roots and sweet potatoes. Not only are these foods more nutritious but also fetch good prices when sold as surplus.

Another bible study on the Good Samaritan helped them realize that a neighbour is not just a person living near them but anyone who needs help. This bible study helped them to reach out to their community in spite of their self perception as a small and poor church. They stated to engage the local leaders who were later very instrumental in community mobilisation.

The congregation conducted an envisioning exercise where they ‘dreamed’ of a bigger, better church building, piped water to their homes, a bigger market for their milk, better cow breeds, better roads etc.

Among the first projects they undertook after they begun the process was to work on the road. This became urgent during a funeral when the community members were forced to carry the coffin for a long distance as no car could access the homestead of the deceased. Afterwards, they identified a widow in the community whose house had collapsed. They mobilised resources and built her another house.

Following these initial projects, when they called for another community meeting, more people attended and started to take the congregation seriously especially as it became apparent that they were not out to ‘recruit’ people into the Anglican Church!

At the community meetings they shared their food which further boosted community cohesion. Through these community meetings and the dialogue, the community came to the conclusion that no one from outside would come to sort their problems out. They embarked on their engagement with a resource mapping exercise which was a real eye-opener. Together, the community members identified insecurity as a major problem (as well as alcoholism, poor roads, lack of market for farm produce, lack of water and poor livestock breeds). They agreed that water provision was the most urgent need because it was necessary for production.

The group is now proud of their achievements at individual and community level which include increased milk production, a dairy (milk cooling facility plus a truck for milk transportation), piped water, increased banana production, together with an open air market, which have all translated into increased incomes and improved livelihoods.

The members of a small church that started it all by meeting to share in the series of Bible studies now say that the community respects them.

Further, they are currently constructing a bigger church which they hope to complete in 2015.

They are very excited about the transformation that has taken place in the church and community and are eager to share their story with other churches.

The most important achievement for the church is the tremendous spiritual growth that they have experienced as a result of applying scriptures to their daily lives. This has also translated into growth in membership from the initial 30 to about 100 members. Church membership has grown due to the attractiveness of a congregation that is concerned about holistic development i.e. spiritual, economic and relational. The people who sought to join the congregation were impressed by how the members engaged local leaders and consulted on issues like security and the improvement of the road. The community also greatly appreciated how the church members mobilised resources to assist the widow whose house had collapsed.

On what keeps them going through the years, one member reflected on the benefits they have accrued directly and indirectly like higher and regular income, accountability in the management of church funds, the empowerment as well as the changed attitude from the community.

The women are particularly happy and singled out the economic empowerment which they view as a gift from God. They cited their ability to pay school fees and the fact that they don’t have to keep asking for money for household use from their husbands. They also spoke of improved nutrition as they are able to afford food that was previously considered a luxury.

The clergy have played a critical role in the whole process particularly through taking the opportunity to teach and conduct pastoral visits even among non-Anglicans in the community due to the close links between the church and the community.

On the matter of inter-faith relations, the members of the congregation spoke of unity in the community irrespective of faith (there is one Muslim family and many other Christian denominations represented in the community) as the issues of economic empowerment are common to them all.

At the conclusion of the visit and interaction with the church members, the Bishops from Madagascar were taken to tour the dairy/cooling facility, a farm belonging to one of the community members and the water project management office.

They appreciated the work of the church and their effort in applying their learning to community mobilisation based on the parable of the Good Samaritan who assisted his neighbour out of compassion. After praying with and for them, the bishops bid the church and community members farewell.